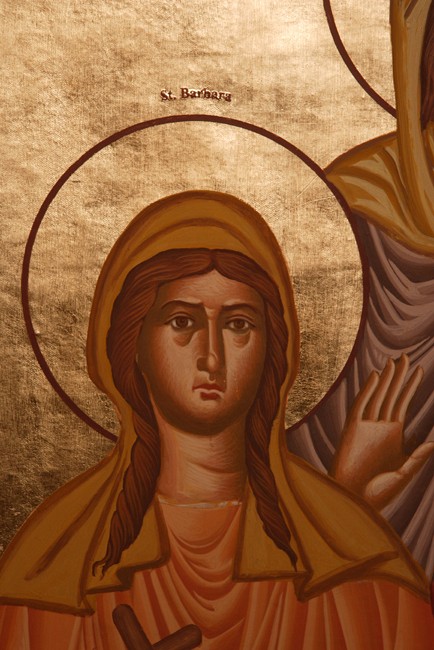 St. Barbara, the Holy Great Martyr, lived during the early fourth century in Baalbek, Lebanon. Her father initially hid her because of her great beauty, but she decided to always remain a virgin, seeking to know God. Her father, concerned about these things, let her out of the tower. She met Christian maidens who taught her about the Trinity and Christ and she was baptized. During construction of a bathhouse by her father, she traced a cross with her finger on the wall. The cross became deeply etched into the marble as if by an iron instrument. The water of the bathhouse produced many miracles. When St. Barbara told her father she was a Christian she suffered many beatings and torture at his hands, and he ultimately beheaded her himself. In turn her father was struck by lightning and died. In the 6th century her relics were taken to Constantinople and 600 years later to Kiev where they rest in St. Vladimir’s Cathedral. St Barbara is commemorated on December 4.