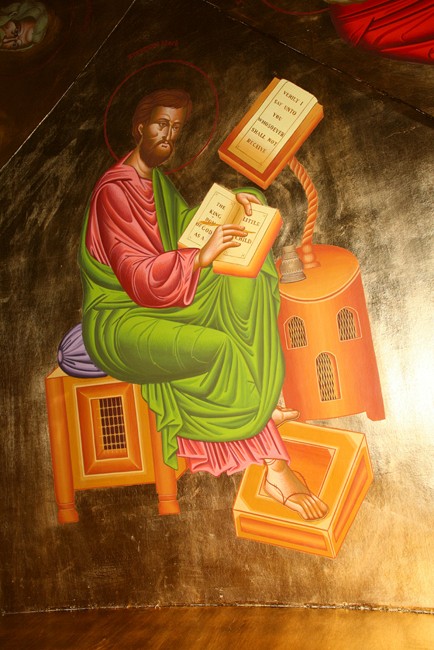 St. Mark was a first century native of Palestine and one of the Seventy Apostles sent out by Christ. His house adjoined the Garden of Gethsemane. On the night that Christ was betrayed, he followed after Him, wrapped only in a linen cloth. He was seized by soldiers and fled away naked, leaving the cloth behind. After working with the Apostle Paul, starting in Antioch, St. Mark returned to Jerusalem and then went to Rome with the Apostle Peter. From there, he set out for Egypt where he established a local Church and preached in the inner regions of Africa. St. Mark wrote his holy Gospel around 62-63 A.D in Rome. St. Mark was seized by pagans when he was serving the Liturgy in Alexandria, Egypt. St. Mark died along the way to his execution. Thunder and an earthquake caused the pagans to flee when they attempted to burn his body. After Islam established its rule in Egypt, St. Mark’s relics were transferred toVenice and placed in the church named for him. St. Mark is commemorated on April 25.