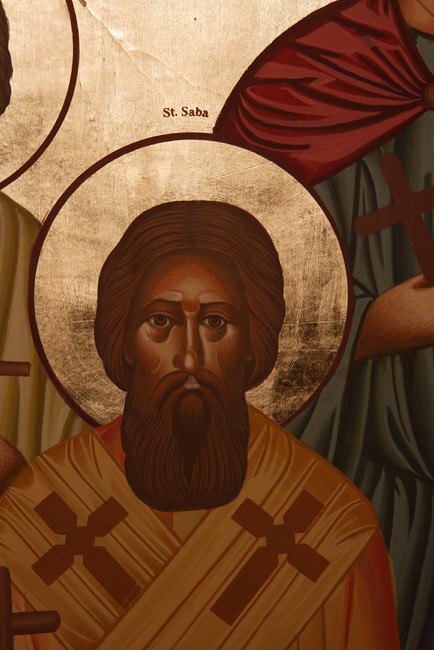 St. Saba (Sava), First Archbishop of Serbia, was born in 1169, a son of the Serbian King Stephen and Anna, daughter of the Byzantine Emperor Romanus. Against the will of his father, St. Saba received monastic tonsure and sought to persuade his powerful parents to accept monasticism. His father became a monk and his mother a nun. The father and son founded Hilandar Monastery on Mount Athos. St. Saba became the first Archbishop of Serbia and successfully petitioned the Byzantine Emperor to grant permission for Serbian bishops to elect their own Archbishop in the future. St. Saba crowned his brother, Stefan, as the first king of Serbia. Sent to negotiate with the King of Hungary who had declared war on Serbia, St. Saba not only brought about peace but brought the Hungarian King to Orthodoxy. St. Saba’s work in organizing the Serbian Church was accompanied by numerous signs and miracles. The Turks disinterred his body and burned it to ashes, which are now in the Serbian Church of Milshevo, and bestow healing on the faithful. St. Saba is commemorated January 14(27).